You are here: Home / News / Republicans look to unify at national convention 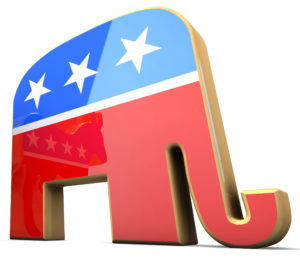 As the Republican Party gathers in Cleveland this week for its national convention, the GOP will be trying to show they are unified behind Donald Trump as their presidential nominee.

Many Republicans have expressed mixed feelings about Trump leading up to the convention, due in large part to concerns about whether he’s conservative enough to head the party. Marquette University Law School political scientist Charles Franklin says that’s a perception the party will have to work to eliminate this week. “That’s a weakness that the convention needs to heal to bring the Republican coalition up to full strength.”

Healing that rift will require a lot of work by the party faithful and by the candidate himself. Franklin says “if Donald Trump presents himself – both in actions during the convention and in his acceptance speech – as standing for solid Republican principles…then I think that helps him bring people back together.”

Franklin notes that, while the convention is important, a lot of the work to help Trump this November will come after they are done in Cleveland. “Do statewide elected officials, including Governor (Scott) Walker, including Senator (Ron) Johnson, including members of the Legislature – go out and support Trump wholeheartedly.”

Wisconsin is taking a prominent role in the convention this week, with Governor Scott Walker, House Speaker Paul Ryan, Sen. Ron Johnson Rep. Sean Duffy, and Milwaukee County Sheriff David Clarke all scheduled to speak during the program. However, several GOP members of the delegation have pulled out, with some of them citing Trump’s status as the standard-bearer for the party as the reason. Franklin says that’s “symptomatic of the problem the party has. That’s the problem that Trump needs to solve.”

The convention gets underway in Cleveland later this afternoon.