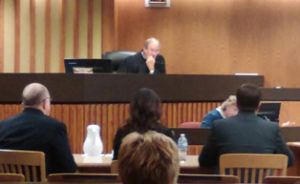 A hearing in September will determine whether a 62-year-old Kenosha man will be retried for the 1990 murder of Berit Beck.

Last week, a Fond du Lac County jury was dismissed after it was unable to reach a verdict in the case against Dennis Brantner. He was charged in the murder of Beck, who went missing while traveling to Appleton for a work seminar from her home in Sturtevant. Her van was found several days later in a Fond du Lac parking lot, and then her body was later found in a ditch near Waupun about six weeks later. Brantner’s fingerprints were found inside Beck’s van.

District Attorney Eric Toney says both sides want to look at transcripts from the last few days of the trial, which the court will also use to determine the potential cause of the hung jury and whether a retrial can take place.

Toney says his team stands ready and willing to proceed with another trial, although no official determination has been made. He says it will depend on support from the Beck family and approval from the court.

A judge on Tuesday set a status hearing for September 6th, where he could decide how to proceed with a possible new trial.