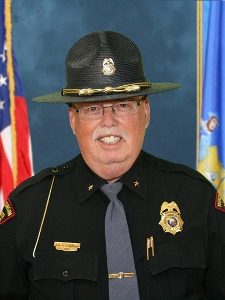 Fitzgerald was appointed by Governor Scott Walker in 2011, after serving for 14 years as the Dodge County sheriff. He was also a U.S. marshal for the western half of Wisconsin.

Walker praised Fitzgerald, saying in a statement “Fitzgerald has led the Wisconsin State Patrol with a steady hand for more than five years and I thank him for his service to our state. He will be missed by many.”

Fitzgerald’s sons both held leadership positions in the Legislature when he was appointed. Scott Fitzgerald is still the Senate’s Republican majority leader, while Jeff Fitzgerald was the Assembly speaker, before he stepped down at the end of 2012 to become a lobbyist.

Fitzgerald will officially step down on August 5. The governor’s office said an announcement on his replacement will be made soon.