You are here: Home / Crime / Courts / Suspects in Sheboygan fatal stabbing in custody 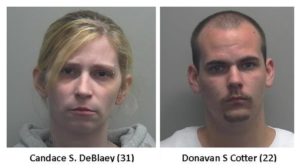 Police were called just before 3:00 am on Monday for a report of a stabbing. When police arrived, they found one person stabbed and another person who had been struck by a vehicle. Reports from the scene forced police to get into a tactical situation and try to blockade off the area to look for the three suspects.

Police caught up with the three suspects in Milwaukee on Monday afternoon, and took them into custody with the help of U.S. Marshals and the West Allis Police Department.

Charging recommendations have not been released, and the case remains under investigation.