You are here: Home / News / Watch for ‘cheeseheads’ on Wisconsin DNC delegates 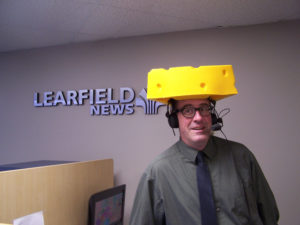 You may see a bunch of “cheeseheads” if you watch the Democratic National Convention on television tonight.

A party official told Wisconsin delegates Thursday morning that 27 boxes of cheeseheads would be arriving in Philadelphia, so the entire delegation can wear the foam rubber head-gear, which is most strongly associated with the Green Bay Packers.

Desire May of Green Bay said she will put one on. “I wear the Packers every day,” said May, noting that she has a tatoo of the Packers logo on her leg. “I bleed Green and Gold.”

Hillary Clinton is scheduled to accept the party’s nomination for president tonight, the final night of the DNC.