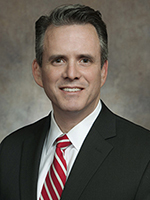 “Every day our police officers place themselves in harm’s way in order to protect and serve our communities,” Steffen said in a news release. “Over the past several weeks I have been working on the ‘Blue Lives Matter’ initiative which works to protect those who protect us. I strongly believe that anyone who targets these brave men and women, solely because of their profession, should face serious penalties. This legislation sends a clear message that the despicable attacks we’ve seen against officers throughout the country will not be tolerated in Wisconsin.”

The bill will be modeled after a similar law passed earlier this year in Louisiana.

Sheriff’s officials say they will also provide comments at the Monday news conference.