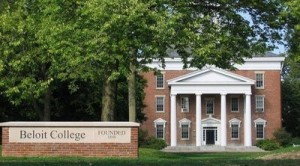 The incoming college class of 2020 has always lived in a world where eBay and Cadillac Escalades have existed, where a Bush or a Clinton has been campaigning for something big, and where the U.S. population has grown by more than one million Latinos each year.

Those are just some of the findings on Beloit College’s Annual Mindset List, which offers a window into where the current crop of college freshmen are coming from. With most born in 1998, they grew up in a world where airline tickets could always be purchased online, they never saw Bob Dole promote Viagra on TV, and many were potty training while Florida was dealing with hanging chads on ballots.

One of the Mindset List authors, Beloit College director of public affairs emeritus Ron Nief, says this class has also grown up in world of almost instant gratification, with streaming audio and video coming into its prime as they were growing up. “I think it’s an impatient generation, that’s going to learn some patience in college,” Nief says.

Nief notes that this generation also has a better understanding of how connected the world is. They’ve always lived in a US where the West Nile Virus is present, and understand that disease outbreaks somewhere else mean it could show up here. “This closing in of the world…and the universality of a lot of the things that we find here, I think is distinctive.”