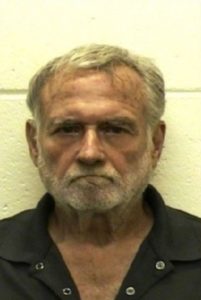 A Crivitz man accused of trying to hire a hitman to kill his son and daughter-in-law is being held on a $1 million cash bond. Seventy-six year-old Robert Dettmering made an initial court appearance in Marinette County on Monday. A balance of that initial appearance will happen August 15, according to online court records.

The criminal complaint states that a man who occasionally works for Dettmering said Dettmering offered him $10,000 to shoot his son and son’s wife, then burn the cabin containing their bodies. The man refused, but told Dettmering he knew someone with the Hell’s Angels motorcycle gang who would do it.

An undercover agent from the Wisconsin Department of Justice’s Division of Criminal Investigation posed as a hit man and met with Dettmering. Prosecutors say Dettmering gave the agent $1,000 as a down payment for the murders. The man who reported the plot said Dettmering was upset that his son had sold some land that Dettmering had transferred to him.