You are here: Home / Brewers / Gomez designated for assignment 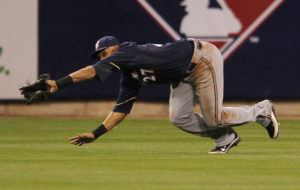 The Houston Astros announced Wednesday that outfielder Carlos Gomez has been designated for assignment.

The former Brewers center fielder is hitting .210 in 85 games with the Astros this season.  He has just five home runs and 29 RBIs.

Gomez was an All-Star with the Brewers in both 2013 and 2014.  He is in the final season of a three-year, $24 million contract that is paying him $9 million this season.

The Astros have 10 days to either trade Gomez, assign him to the minor leagues or release him.  Gomez could also be claimed by another team off irrevocable outright waivers.