You are here: Home / News / Libertarian Gary Johnson to campaign in Wisconsin 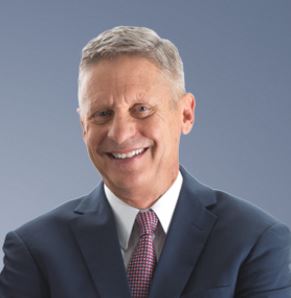 The Libertarian presidential nominee is scheduled to make his first campaign stop in Wisconsin later this week.

Gary Johnson will speak to supporters Thursday evening at Serb Hall in Milwaukee, according to an event posted on his campaign website.

Johnson, a former governor of New Mexico, is one of several third party candidates for president who will appear on the ballot in Wisconsin this November. The most recent Marquette University Law School Poll showed him coming in third among registered voters in the state with 10 percent of respondents saying they would vote for him – behind Democrat Hillary Clinton at 42 percent and Republican Donald Trump at 33 percent.