You are here: Home / Packers / Masthay isn’t in the Packers Driver Seat afterall 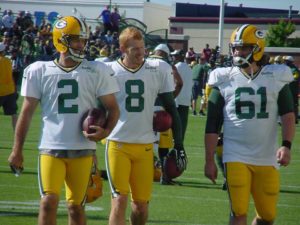 Just one day after Mike McCarthy said Tim Masthay was in the Drivers Seat, the Packers claimed punter Jacob Schum off waivers from the Tampa Bay Buccaneers and released Masthay.

Schum is a second-year player out of the University of Buffalo and played in all 16 games for the Buccaneers last season, averaging 41.9 yards per punt (38.0 net average) on 56 attempts with 15 landing inside the 20-yard line and a long of 60 yards.

Schum will wear number-10 for the Packers and will punt on Thursday night in the preseason finale against the Kansas City Chiefs.