You are here: Home / Brewers / Nelson struggles as Brewers fall to Padres 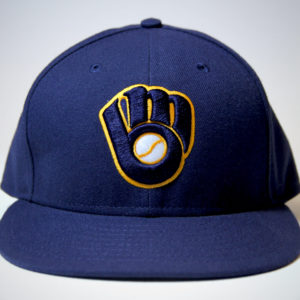 After a busy day on the trade front on Monday, The Milwaukee Brewers saw their four game winning streak come to an end.

Jimmy Nelson struggled, allowing six runs on eight hits in just four innings as the Brewers fell to the Padres 7-3 at Petco Park.

Padres starter Jarred Cosart walked six and hit a batter in a short 3 1/3 inning stint, but he managed to make the key pitch when he needed it, keeping the Brewers off the scoreboard.

The Brewers best chance against Cosart came in the third when they loaded the bases with just one out.  First baseman Chris Carter grounded into an inning ending double play.

The Brewers led 2-1 in the fifth after Hernan Perez homered, but the Padres responded off of Nelson and took the lead for good.

Chris Carter capped off the scoring in the eighth inning with a solo home run, his third in the last four games and 25th of the season.

The Brewers played a fifth straight game without Ryan Braun with tightness in his right side.  He could return to the lineup tonight.