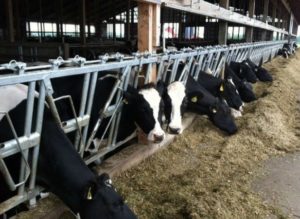 A farmer from the Amherst area and over a dozen cows are dead, after they were overcome by fumes from a large manure pit.

The Portage County coroner says 29-year-old Mike Biadasz was found dead early Monday morning on the family’s farm near a manure storage pit. At least 13 cows were also killed, while several others were sickened by the fumes.

The farm was set to host the Portage County Forage Council Annual Forage Field Day on Thursday. The event has been canceled.