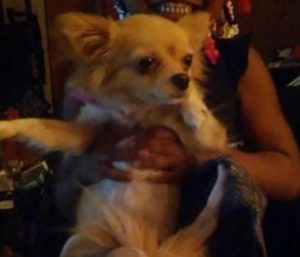 Madison Police are investigating the death of an eight-month-old puppy, after it was found beaten to death last week outside of its owner’s home.

The dog named Queen, a Pomeranian-Chihuahua mix, had been tied up to the front porch of a house on the city’s southwest side last Thursday evening, where it was found with severe head injuries. Police say it appears the small dog had been intentionally harmed by someone.

WMTV-TV reports that Bell believes a guest of a neighbor, who was having a party around the time Queen was killed, is responsible.

Madison police are urging anyone with information about the dog’s death to contact the department’s tip line.