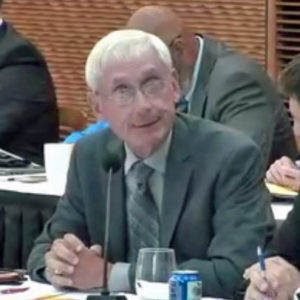 The University of Wisconsin system’s Board of Regents has approved a budget request for $42.5 million in new funding. Regent Tony Evers voted no. “This budget in my estimation falls short of what the university system needs,” Evers said. “I understand the politics of asking for money.”

The System’s budget request includes almost $455 million for capital projects. The capital budget request is primarily focused on improving existing buildings and only includes funding for one new facility – a mechanical engineering building on the UW-Plateville campus.

Evers said the budget request would restore just 17 percent of the $250 million cut from the system last year. “I believe the amount of money for just plain operations is not adequate,” said Evers. “In fact, it’s a zero percent increase.” The budget request now goes to Governor Scott Walker.

Also Wednesday Regent Margaret Farrow suggested a “blue ribbon committee” to look at how other state university systems operate. “The Wisconsin Idea is great, but it’s not the last word on everything,” Farrow said.

UW System President Ray Cross said he doesn’t oppose that idea, but that benchmarking against other states carries a risk. “We have to justify it on the basis of cost and rational argument,” Cross said. “Just because they do it doesn’t mean it’s right.”