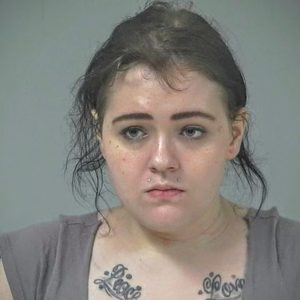 The Sheboygan Falls woman accused of killing her young child is seeking an insanity plea in the case.

The attorneys for Katlyn Kinateder entered pleas on Monday of not guilty and not guilty by reason of mental disease or defect to one count each of intentional homicide and hiding a body. They are also filing a motion for a change of venue due to heavy media coverage of her case.

In court, Judge Edward Stengel accepted both of those pleas, and set up dates for hearing for mental health examinations to be conducted on Kinateder. District Attorney Joe DeCecco said he would be reserving his option to examine Kinateder until after the defense has presented their examination.

DeCecco said the reason for the two pleas is that an “NGI” plea comes in two parts. “If the jury in that case finds she is guilty of the charge or charges that we’ve issued, then the second phase continues with the same guilty to determine if she’s actually NGI.”
He also noted that the NGI plea does not mean a person who’s found guilty of murder goes free. “If they are found to be NGI, they’re still under supervision for life, but their custody is transferred to the State Department of Health and Human Services.”

According to the criminal complaint, Kinateder was arrested August 4th after allegedly calling dispatch and saying she’d killed her child. Officers quickly responded and were approaching the stairs up into her condominium, when she advanced on police with a large kitchen knife. Officers eventually convinced her to put the knife down, but she started fighting with them, and police were forced to taze her to take her into custody.

Police and deputies then entered the home and after a search, found the child pulseless and not breathing inside a cardboard box, wrapped up in a blanket. Medical staff were called into to start life-saving efforts, and the boy was transported to a hospital where he was pronounced dead.

Sheboygan Falls police investigator Doug Hall told the court at her preliminary hearing that Kinateder said during an interview that she had “lost her mind”, and that voices had told her that her two-year-old son couldn’t be alive any more. Police reports in the case also indicated that the boy died after likely being suffocated with a plastic shopping bag.