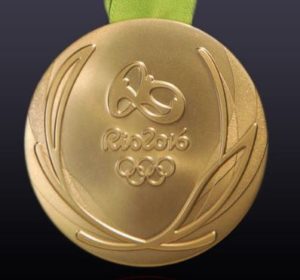 Wisconsin athletes who medal at the Olympics would not have to pay state taxes on those winnings, under a bill lawmakers hope to introduce early next year.

The legislation from state Representative Joe Sanfelippo (R-New Berlin) and Assembly Speaker Robin Vos (R-Rochester) would eliminate state taxes on Olympic medals and any monetary awards they come with them. Sanfelippo says those athletes should be celebrated, not penalized for doing well. “We should be giving them a slap on the back, instead of a slap on the wallet.”

The U.S. Olympic Committee awards $25,000 for gold, $15,000 for silver, and $10,000 for bronze, in addition to the value of the medal. The New Berlin Republican says many athletes rely on those prizes, since they often are unable to work while training for the games and compete as amateurs. “They’re out there sacrificing and doing this. It can be a big deal to that athlete to come home and not have that tax bill.”

The exemption would not apply to any earnings Olympic athletes make from endorsements.

Congress is also considering federal legislation that would exempt Olympic winnings from being taxed. The issue is drawing renewed attention with swimmer Michael Phelps facing a tax bill of up to $55,000s for the six medals he’s won in Rio, although state Representative Joe Sanfelippo says it’s even harder for lesser-known athletes who don’t have endorsements or may only win a single medal. “Michael Phelps is the exception, not the norm,” he says.