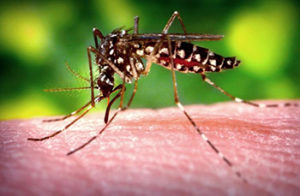 State health officials say Wisconsin has confirmed its first human cast of the West Nile virus for the year.

The Department of Health Services says one person was infected in Sawyer County. No other details about the patient have been released.

West Nile is transmitted by mosquitoes. One out of every five people who are infected see symptoms that can include fever, headaches, and skin rashes. More serious health issues can appear in older adults with compromised immune systems. There were nine human cases reported last year.

There is no treatment for the virus, but you can reduce your risk of exposure by eliminating common areas where mosquitoes breed and limiting your time outdoors around dawn and dusk, when the insects are most active.