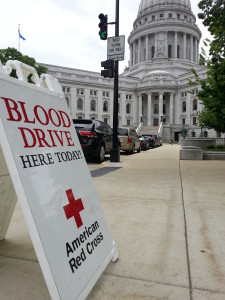 Wisconsinites who want to donate blood are being asked to wait a month if they’ve recently traveled to south Florida.

The request comes after an outbreak of the Zika virus in Wynwood, a small community just outside of Miami which reported the first human cases of the illness believed to have originated in the United States. While Zika has been reported across the country, prior cases have been linked to individuals who had recently traveled outside of the US.

Kirby Winn, spokesman for the Mississippi Valley Regional Blood Center, says this is the first time a location in the US has been added to the Zika deferral list. “Even though the reports on the Zika transmission in that region seem to be really isolated to even certain neighborhoods…we’ve broadened that out to the county itself.”