You are here: Home / Badgers / Badgers climb to 9th in AP Poll, 12th in Coaches Poll 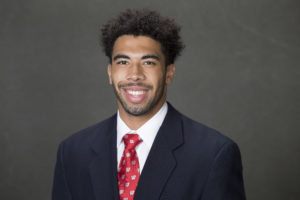 Quarterback Bart Houston also improved from his week one performance against LSU.  He started a bit slow against Akron, but in the end, Houston completed 15 of 22 for 231 yards and two touchdowns.

Hornibrook finished 5 of 5 for 61 yards.

Akron quarterback Thomas Woodson passed for more than 400 yards and six touchdowns in the Zips season opening win over V-M-I.  He hit just 9 of 19 for 108 yards against the Badgers defense.  Woodson was sacked three times and Akron converted just 1 of 10 on third down.

The 2-0 Badgers will have one more tune-up before the start of Big Ten play.  They’ll host Georgia State (0-2) at Camp Randall Stadium on Saturday.