You are here: Home / Fires/Accidents/Disasters / Damage from flooding nears $10 million 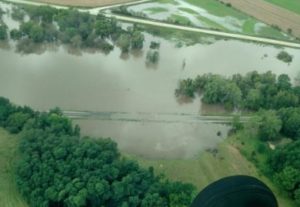 Damage estimates from recent flooding in western Wisconsin are nearing the $10 million mark.

Assessments continue across 13 counties, after several days of heavy rains left areas under water and mudslides wiped out roads and bridges.

Governor Scott Walker did declare a state of emergency for 13 counties. Damage reports will be used by the state to request federal disaster aid.