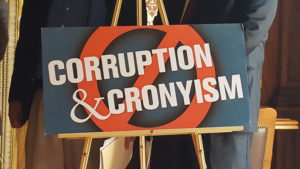 Assembly Democrats want the legislature to investigate some of the activities detailed in court records that were leaked earlier this week.

The documents released by the The Guardian U.S. are from a now-ended John Doe investigation into what prosecutors believed was illegal coordination between Governor Scott Walker’s campaign and a conservative advocacy group. The state Supreme Court halted the probe, ruling that there was nothing illegal about the activity.

However, Democrats contend the court records, which had been sealed, offer new information that raises questions about possible pay-for-play in the Legislature. They show the governor contacted several wealth donors with corporate ties, who then gave money to the Wisconsin Club for Growth. The Guardian pointed to at least one situation where the owner of a company that made lead used in paint donated, and then legislation was passed that would have reduced the company’s liability in lawsuits over lead paint exposure.

“It looks like corporations that gave big fat checks got big fat favors,” said Rep. Chris Taylor (D-Madison), during a press conference Friday at the Capitol.

Democratic leaders want the Assembly Judiciary Committee to hold hearings on the leaked documents. Rep. Dana Wachs (D-Eau Claire) said lawmakers “need to look at these, we need to see what correlations, if any, there are between the subjects within those emails and the legislation that was passed in this building…the people need to trust this building.”

The office of Rep. Jim Ott, the Republican chair of the committee, said he has not yet received any request from Democrats to hold a hearing.

Republicans have already called for an investigation into the leak that prompted this week’s report, with Assembly Speaker Robin Vos (R-Rochester) asking the attorney general to appoint a special prosecutor. Assembly Democratic Leader Peter Barca (D-Kenosha) said he supports that move, but also feels it’s important to investigate “the substance behind what we found.”