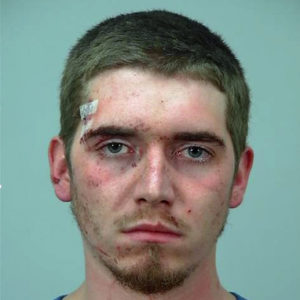 A 22-year-old man is in the Dane County Jail in Madison, following a pair of pursuits which ended in crashes overnight. Dylan Rose of Monona faces multiple charges, including drunk driving and battery to a police officer.

According to the Dane County Sheriff’s Department, Rose failed to pull over during a traffic stop in the Village of Oregon at about 11:40 p.m. Tuesday. A short time later, a vehicle matching the one Rose was driving led a sheriff’s deputy on a pursuit which ended in a minor crash in Oregon, with the driver running from the scene.

A few hours later, Village of Cottage Grove Police officers were involved in a short pursuit that ended when another vehicle driven by Rose crashed into a tree. Rose struggled with a police officer and wasn’t disabled by Taser. According to the sheriff’s department, Rose attempted to take the Taser from the officer and wasn’t subdued until another Cottage Grove officer arrived on scene. Both officers sustained minor injuries during the arrest.

Rose matched the physical and clothing description of the suspect in the earlier pursuit. The vehicle Rose crashed in Cottage Grove had been stolen from a garage in Oregon.