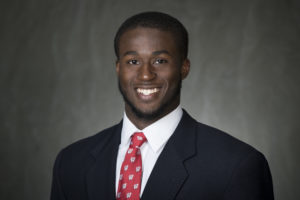 Wisconsin cornerback Natrell Jamerson will miss four to six weeks after suffering a serious leg injury, near the end of Saturday’s 54-10 win over the Akron Zips at Camp Randall Stadium.

If Jamerson is out just four weeks, he could be ready for the Oct. 15 game against Ohio State.  If the injury keeps him out six weeks, the Badger defender wouldn’t be ready to return until the Oct. 29 game against Nebraska.

Jamerson was on four special teams units, including kickoff returns.  Coach Paul Chryst said its viable that starting tailback Corey Clement could take over the kick return duties for Jamerson.

Wisconsin redshirt freshman Jon Dietzen, who started at left guard last week, is listed as questionable this week with a leg injury.