You are here: Home / Fires/Accidents/Disasters / Kaukauna Police say student killed by bus had right of way 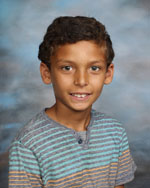 Kaukauna Police say the 12-year-old boy killed when he was hit by a school bus last week had the right of way at the time.

Justin Johnson was walking home from school when he was struck by the bus in a crosswalk. Lt. Jamie Graff says Johnson had the walk sign, when the 61-year-old bus driver turned left at a corner and hit him.

Graff says the bus driver has 30 years of experience and a clean driving record, and criminal charges are unlikely. The Outagamie County district attorney’s office is waiting for toxicology tests to come back before deciding whether charges will be filed.

Graff says people who saw the accident worked quickly to help Johnson and get other children out of the area.