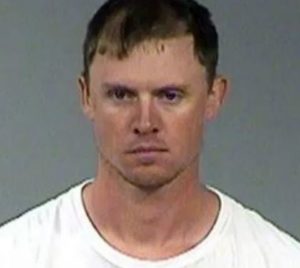 A 32-year-old Menomonee Falls man will spend two-and-a-half years in prison for hitting and killing a bicyclist with his car and then fleeing from the scene.

Adam Neuhaus was sentenced Monday in Washington County court for the death of 50-year-old Keith Habenicht. Prosecutors accused him of hitting Habenicht while he was riding along a Germantown road in August 2015.

Nehaus, who witnesses said had been drinking at a bar before, went home, parked his vehicle in the garage, and went to work the next day, before eventually turning his vehicle over to police. However, he refused to make a statement or cooperate with investigators – only claiming that he thought he hit a deer.

Neuhaus was not charged until March of this year.  He pled guilty in July to charges of Homicide by Negligent Operation of a Vehicle and Hit-and-Run Involving Injury.

Michelle Habenicht, the victim’s widow, spoke in court Monday. She called Nehaus a “coward who killed her husband” and didn’t even stop to see if he could help. “You just left him lay there to die,” she said.

Judge Todd Martens rejected Nehuhaus’ claim about hitting a deer. “You knew you were in an accident involving a person. You pled guilty to that offense. So don’t tell me you thought you hit a deer. You can’t have it both ways.”

Neuhaus will also spend five years on extended supervision after his release.