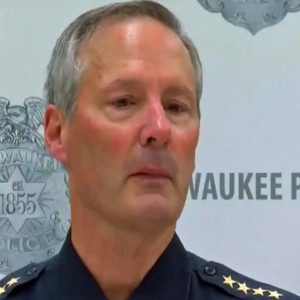 During the month of August, Milwaukee recorded the most homicides they city has seen in a single month since July of 1991 – the month when the bodies of the victims of serial killer Jeffery Dahmer were discovered.

Police took in 211 guns last month, bringing the total collected this year to 1,600. He said relaxed penalties for those who carry a concealed weapon without a permit are contributing to the problem. “Milwaukee is a firearm rich environment. Making…conceal carry illegally a misdemeanor no matter how many times you`re arrested is foolish,” Flynn said.

Flynn said his department remains committed to working with the community to prevent violence. “We have to get out their and engage with the offending community, on their turf, and we’re committed to continue to do that in a way that’s both lawful and restrained.”