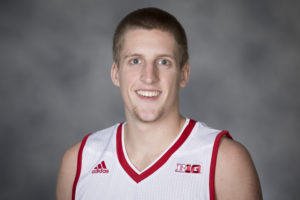 Wisconsin men’s basketball guard Brevin Pritzl has been granted a medical hardship for the 2015-16 season by the Big Ten Conference today.

The redshirt freshman will have four years of eligibility remaining in his collegiate playing career, starting with the current 2016-17 school year.

The De Pere, Wisconsin native suffered a broken foot in August of 2015 and reinjured it on December 1.  he appeared in just one game for the Badgers during his freshman season.

Pritzl is the all-time leading scorer in De Pere High School, scoring 1,720 points in his prep career.  He helped the Redbirds to 84 wins and four conference championships.