You are here: Home / Packers / Report: Spiller visits with Packers 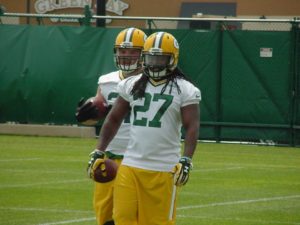 The Packers currently have an open roster spot after releasing running back Jhurell Pressley last week.

The Packers have struggled during the first two weeks offensively.  They rank 30th in the NFL in total offense and 19th in rushing yards per game.

McCarthy said Monday that his running backs haven’t been given enough opportunities to run the ball.  Eddie Lacy averaged 4.3 yards per carry Sunday but had just 12 rushing attempts against the Vikings.