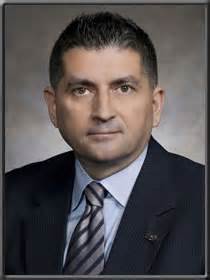 The Joint Legislative Audit Committee has approved an audit of the state Veterans Home at King.

A Capital Times report published last month highlighted concerns about medical care, staffing and other issues at King, the largest of the state’s veterans homes. But the federal government has also awarded “five stars” to the facility, located near Waupaca.

“I have in my mind struggled with how we can reconcile the five star quality rating with the allegations of neglect and poor quality care,” said state Senator Kathleen Vinehout (D-Alma).

“We’ve done a great job, our team, our employees,” Scocos said. “It’s sad to see some of the things that are in the media, the allegations, but we’re driving on. We’ll do what we get paid to do, we’ll work through this like anything else. If there’s things that need to get tuned up, they’ll get tuned up.”

State Representative John Nygren (R-Marinette) said that while he supports the audit, “if we’re going to do our due diligence and actually take the service of our veterans seriously, we need to do the work, rather than just making this potentially a political argument.”

“Frankly, I am appalled that there is an environment at King where people fear retribution for simply being concerned about a member under their care or a loved one,” said state Senator Luther Olsen (R-Ripon), a lawmaker who had called for an audit.

Wednesday’s committee action came a day after Democrats in the state Senate demanded a special session of the legislature to provide an additional $8.5 million in funding for King.

“I think a majority of the members really don’t realize that King has gone from a retirement home to a veterans’ nursing facility,” said Scocos, who has headed the DVA since being appointed by Governor Scott Walker in 2011.