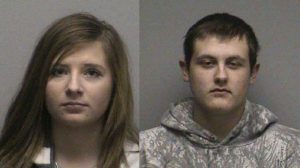 A teenage boy has entered a no contest plea for spiking a teacher’s drink. On Wednesday, Gavin Gilbertson entered the plea to a charge of placing a foreign object in an edible. Online court records show that two other counts will be dismissed.

Gilbertson is scheduled to be sentenced on November 9.

According to the criminal complaint, Hailey Brock admitted to pouring cleaning solution for a dry-erase board in the drink of Gillett High School teacher Ray Johnson. Police say Gilbertson helped the so-called “prank”, which forced Johnson to seek medical treatment.

Brock was previously sentenced to 14 days in jail and ordered to perform 32 hours of community service. If Brock follows all terms of her 2 years of probation, her record could be cleared of the conviction.