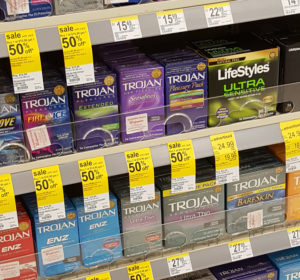 A new study claims access to contraceptives and information about them are major factors in falling teen pregnancy rates.

The study by researchers at the Gullmacher Institute and Mallman School of Public Health was published in the Journal of Adolescent Health. It shows teen birth rates have been on a steady decline in recent years, even though the rate at which teens are having sex remained largely unchanged and abortion rates have been going down. Researchers attribute the decrease to easier access to contraceptives.

Nicole Safar with Planned Parenthood of Wisconsin says she’s not surprised by the findings. “When teens have access to highly effective birth control, and the support to make healthy decisions and us it, teen birth rates go down,” she says.

While teen pregnancy rates have been dropping in Wisconsin for almost a decade, Safar worries recent efforts by Republicans – such as reducing funding for family planning clinics and repealing a state law that required sex education classes in public schools to include comprehensive information – could hurt efforts to continue that trend. “This study gives us an opportunity to reflect, and to think about what we can do to work together to implement some smart public health policies that will continue to impact the teen birth rate.”