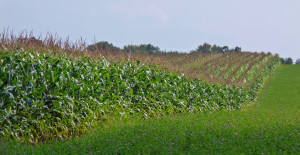 Wisconsin’s two largest crops could both set new records for production this fall.

The USDA is predicting the state will produce 560 million bushels of corn this year – one percent more than the government’s last forecast in August, and a 14 percent increase from one year ago. The current projection calls for 45 million more bushels than Wisconsin’s previous record from 2011. Corn yields are expected to average 175 bushels per acre, based on weather and crop conditions from September first.

Meanwhile, the USDA predicts the state’s soybean output to be 101 million bushels, about eight million more than the previous record set one year ago.