You are here: Home / Badgers / Watt expected to land on injured reserve today 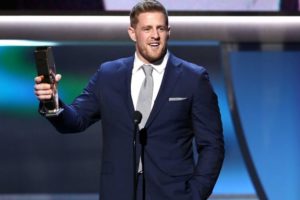