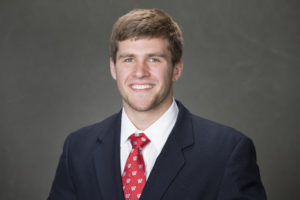 Wisconsin junior linebacker T.J. Watt has been named the Big Ten Conference Defensive Player of the Week and redshirt freshman quarterback Alex Hornibrook is the Big Ten’s Freshman of the Week.

Watt recorded six tackles, including 3.5 tackles for loss, to help the Badgers knock off Michigan State 30-6 in East Lansing on Saturday.

Watt had a career high 2.5 quarterback sacks, giving him 4.5 over his last three games.

The Badgers defense held the Spartans without a touchdown at home for just the second time since 2000.