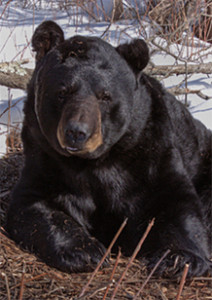 The state’s bear hunting season starts on Wednesday, and a pro-wolf group says members will be out watching hunters who are allowed to use hounds in northern parts of Wisconsin.

The Wolf Patrol says it plans to monitor bear hunting in the Chequamegon Nicolet National Forest to record illegal activity once hunters can start using dogs. Advocates for the state’s wolf population worry the use of hounds to hunt bears can put both animals at risk. Already this year, at least 28 hounds have been killed by wolves in Wisconsin.

A new state law, which protects hunters from harassment with restrictions similar to the state’s stalking law, is in effect this year. DNR chief warden Todd Schaller says the group is allowed to monitor hunters, but they can’t harass them or intentionally disrupt the hunt.

Schaller says hunters should call 911 if they feel they’re in danger, or call the DNR hotline if the group breaks any rules. He says they shouldn’t take the law into their own hands. “Do not get in to a confrontation. If the situation is such that they have to quit their hunting activity…that’s fine, they should do that rather than get into a conflict.”