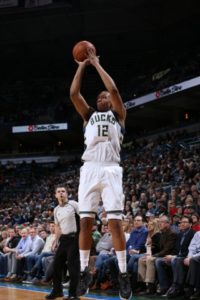 The Milwaukee Bucks have exercised the fourth-year contract option on Jabari Parker on Wednesday.

The 6’8 forward was named to the 2016 USA Men’s Select Team and earned the opportunity to train with the 2016 USA Basketball Men’s National Team during its training camp in Las Vegas in July.  He was also selected to participate in the 2016 BBVA Compass Rising Stars Challenge as part of the 2016 NBA All-Star Weekend in Toronto, where he suited up for the U.S. Team.

Parker is averaging a team-best 16.8 points to go along with 6.2 rebounds and 1.4 steals in five preseason games this year.