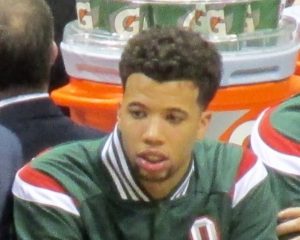 The Milwaukee Bucks reserves outscored their starters 57-36 and went on to knock off the Chicago Bulls 93-91 in the preseason opener for both teams in Chicago.

Greg Monroe had 15 points and nine rebounds, Michael Carter-Williams had 10 points and a team-high 11 rebounds while dishing out six assists.  Matthew Dellavedova and Michael Beasley each added 11 points.

Rashad Vaughn was 0 for 6 from the field before hitting the game winning three-pointer with just over a half-minute to play.

Jimmy Butler and Doug McDermott each had 13 points to lead the Bulls.  Dwyane Wade, playing in his first official game with the Bulls since signing as a free agent over the summer, had six points in 12 minutes.