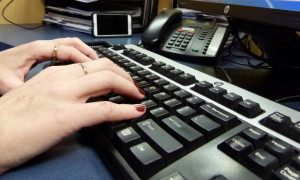 More than a dozen people were arrested in Brown County last week, as part of a nationwide crackdown on computer-facilitated crimes.

The arrests were on charges that include Trafficking a Child, Child Enticement, Prostitution, Possession of Methamphetamine and Use of a Computer to Facilitate a Child Sex Crime.

The nationwide operation took place during the week of October 10th.