You are here: Home / Health / Medicine / Flu shot protects more than just you 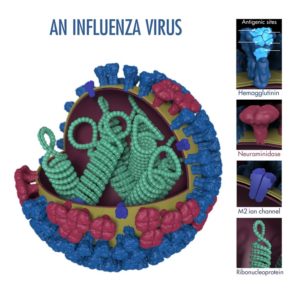 When it comes to the flu, it’s not just about you. There have already been a number of reported cases of influenza in Wisconsin including some hospitalizations, which underscores the importance of going in early to get your flu shot.

State epidemiologist Tom Haupt hopes you’ll keep that in mind, if you’re thinking about not getting a flu shot this season. When you do get it you’re not only protecting yourself, but your family, friends and co-workers.

“You’re doing it for your loved ones, the people around you, not just for yourself,” Haupt said.

Flu shots are are especially important for people age 65 and older, young children, pregnant women, and others with chronic conditions such as asthma, heart disease, or diabetes.

Haupt said it’s still a little too early to know how severe this year’s flu will be.

“People are modeling all the time as to what they think is going to happen, but until we get into the middle of it we really don’t know how the flu season is going to pan out.”

According to the Centers for Disease Control and Protection (CDC), flu vaccines are among the safest medical products available, and they have been protecting people from illness for 50 years. Earlier this year, the CDC announced the nasal mist form of the vaccine (live attenuated influenza vaccine or LAIV) should not be used during the 2016-17 flu season after data showed poor or relatively low effectiveness of the nasal mist from 2013 through 2016.
The absence of the nasal mist will not impact the availability of the flu shot, which is expected to be plentiful and is the best way to protect against the types of influenza virus most likely to be see this season.

In addition to vaccinations, there are other simple steps we all can take to avoid illness which protects ourselves and others: