You are here: Home / News / Former President Bill Clinton to campaign in Wisconisn 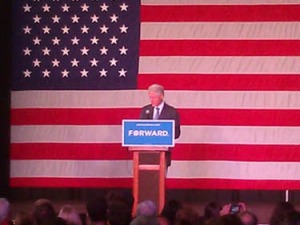 Democratic presidential candidate Hillary Clinton is getting some campaign help from her husband in Wisconsin.

Former President Bill Clinton is scheduled to campaign on behalf of his wife Saturday in Milwaukee. Clinton is expected to talk about the nominee’s economic plans and encourage more people to vote early.

A time and location for the stop have not been announced.

The visit comes on the same day that Republican presidential nominee Donald Trump will be in Walworth County, where he’ll appear at a rally with Speaker Paul Ryan, Governor Scott Walker, and U.S. Senator Ron Johnson.