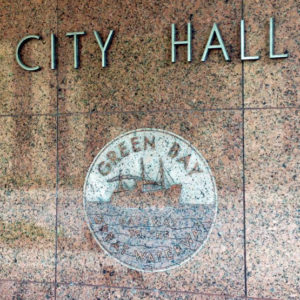 An email publicly released for the first time shows Green Bay’s city clerk refused to establish an early voting site on the UW-Green Bay campus, in part because it would help Democrats.

The Nation first reported that was the reasoning from City Clerk Kris Teske in an e-mail sent to the Wisconsin Ethics Commission’s David Buerger dated August 26.

In the e-mail, Teske wrote:

“I have a State Representative who is being very persistent about having an alternate polling location at UWGB. I don’t like the idea at all for many reasons: Staffing, ballot security, budget, etc. He is on the ballot for 25 of our wards. I was reading the statues and read: No site may be designated that affords an advantage to any political party. UWGB is a polling location for students and residents on Election Day but I feel by asking for this to be the site for early voting is encouraging the students to vote more than benefiting the city as a while.

I have heard it said that students lean more toward the democrats and he is a democrat. I have spoken with our Chief of Staff and others at City Hall and they agree that budget wise this isn’t going to happen.

I would like to know your thoughts on this. Do I have an argument about it being more of a benefit to the democrats?“

“I was disappointed to see the way that Kris took a look a took a look at things,” says Wisconsin State Rep. Eric Genrich (D-Green Bay), who was the person Teske referred to in that email. “I’m interested in increasing turnout across the board, not real concerned about what the partisan implications of increased turnout might be.”

Genrich says that after problems with the glut of voters lining up during April’s spring primary, he wanted to reach out to the city himself to see if some kind of early voting could be established.

“Out on campus we had the support from Libertarian students, from college Republicans, college Democrats, a number of faculty and a bunch of folks,” Genrich says. “That were just interested in alleviating a lot of the congestion and wait times that were experienced in the spring.”

He adds that this adds fuel to the fire sparked by Democratic leaders in Wisconsin, along with various groups, about the state and Republicans putting up barriers for people who want to vote.

Wisconsin Elections and Ethics Commission spokesman Reid Magney says that they had no role in the matter and that the city looked at a, “variety of factors in deciding whether to offer alternate absentee voting locations.”

“Under state law, ‘…no site may be designated that affords an advantage to any political party.’  Wis. Stat. § 6.855(1). The clerk was asking for guidance interpreting that statute.”

Magney added that Teske contacted a, “former Election staffer who had transferred to the Ethics Commission. He forwarded the clerk’s email to staff counsel for the Elections Commission.”

He also cited a court ruling in July from Judge James Peterson on the One Wisconsin Institute case opened the door for clerks to establish satellite in-person absentee voting locations in addition to the clerks’ office.

“The Elections Commission staff counsel provided the clerk with guidance on what criteria she and the city council could consider when deciding whether to establish satellite absentee voting locations, and where they might be,” Magney wrote. “Polling locations are established by municipal clerks and their governing bodies (city councils or village and town boards).”