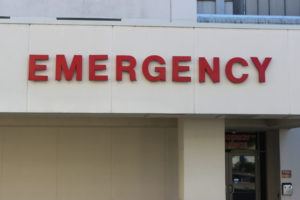 Most Wisconsin residents who purchase health insurance through the federal exchange will see premiums go up next year.

The state Office of the Commissioner of Insurance says the average premium increase will be 15.88 percent for the roughly 224,000 Wisconsin residents who purchase their plans through the federal exchange. For some resident, Insurance Commissioner Ted Nickel says increases may be as high as 30.37 percent.

Increases for Wisconsin are lower than in many other states. Still, Nickels says that the rate changes and the recent exiting of numerous national carriers “make it even more important for individuals to actively explore their health insurance options to ensure appropriate coverage.”

Nickel also points out that auto-enrollment will be in place for many residents whose current plans are no longer available in the state. In those cases, the federal government will pick a new plan for consumers who do not make a choice on their own.
Nickels cautions that the process for auto-enrollment involves personal information being sent to the new insurer, without the consent of the consumer. He’s urging those who need to select a new plan to take advantage of an opt-out being offered by the federal government.