You are here: Home / Crime / Courts / Janesville considers settlement with teacher accused of being drunk on field trip 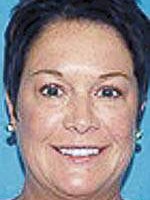 The City of Janesville could settle a $5.5 million lawsuit from a former teacher accused of showing up to work drunk for $75,000.

Back in June of 2013, Maria Caya was accused of drinking before supervising a group of fourth graders with other teachers on a field trip to the bowling alley. She got sick and passed out during the trip, and later resigned after reaching an $18,000 settlement with the school district.

Caya filed a lawsuit against the City in June of last year claiming the Janesville Police Department improperly released her hospital-provided blood alcohol test results which allegedly caused damage to her by way of emotional distress; other psychological injuries; and damage to her reputation, humiliation, embarrassment, as well as other damages.

A memo from Janesville City Attorney Wald Klimczyk says the matter is being settled for nuisance value and the cost of defense, and would primarily go to pay Caya’s legal fees

As part of the $75,000 settlement, the City would not admit any liability.

The Janesville City Council will consider approval of the settlement at their regular meeting Monday evening.