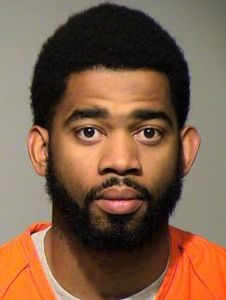 Police arrested 24-year-old Dominique Heaggan-Brown Wednesday, following claims that he sexually assaulted a victim after a night of drinking in a bar. The alleged incident happened on August 14th – amid violent protests in Milwaukee’s Sherman Park neighborhood over the officer-involved shooting death of 23-year-old Sylville Smith.

Heaggan-Brown has been identified as the officer who shot Smith. The case is still under review by the Milwaukee County district attorney. Flynn said the charges against Heaggan-Brown and Smith’s death do not appear to be connected.

An investigation into the August assault led police to another victim who claimed Heaggan-Brown assaulted them, along with two people who said he paid them for sex.

“This is extraordinarily disappointing,” Flynn said during a Thursday afternoon news conference. “These are grave charges, these are charges that go to the heart of our code of conduct, of our oath to protect and serve.”

Heaggan-Brown has been suspended with pay, as required under state law. Flynn said an internal investigation is also underway.
In a statement, Milwaukee Police Association President Mike Crivello said the union condemns all criminal behavior, and that the actions of one person do not reflect on the overwhelming majority of good officers.