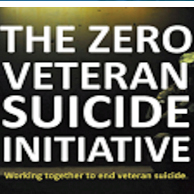 A new program will help identify Wisconsin veterans who might think of committing suicide. The Zero Veteran Suicide Initiative is sponsored by the state Veterans Affairs Department.

Twenty military veterans took their own lives each day throughout the U.S. in 2014, and almost one of every five suicides in Wisconsin that year involved a veteran.