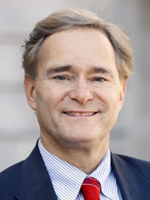 Even though they lost a seat in last Tuesday’s election, Assembly Democrats have decided to stick with their current leadership in the next session.

Democrats voted Tuesday to keep Minority Leader Peter Barca (D-Kenosha) in his leadership role, with no members running in opposition. The Kenosha Democrat has held the position since 2011, after Democrats lost control of both chambers and the governor’s office.

Speaking to members of the caucus, Barca admitted the results of last Tuesday’s elections were difficult to believe, noting he had woken up that morning believing Democratic presidential nominee and U.S. Senate candidate Russ Feingold would easily win in the state. “Obviously this was a gut-wrenching and just a shocking election…I thought there would a Trump wave, I just thought it would go the opposite direction,” he said.

Barca told Democrats that now is a time to regroup and work together to rethink Democratic operations, arguing Wisconsin should become the “gold standard” for how things are done.

He also said the party should look at how to reach out to the working class, after many of those voters backed Republican President-elect Donald Trump. “If working class people are not clear that their lot in life is better cast with Democrats than Republicans…we have some very serious reanalysis, some in-depth discussions, some grass-roots efforts to try to explore how that could possibly be the case.

Lawmakers will return to the Capitol next spring with the largest Republican majority in the Assembly since the 1950s.