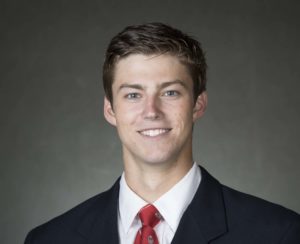 The Holly, Michigan native came on in relief in Friday night’s 5-2 loss to NMU and stopped all six shots he faced in a period and a half of play.  Head coach Tony Granato gave him the start on Saturday night.

The game was scoreless until late in the second period when Luke Kunin scored his fifth goal of the year, on the power play, to give the Badgers a one-goal lead heading into the second intermission.

Cameron  Hughes scored a power play goal with 1:05 left in the third period to give the Badgers the two-goal lead.