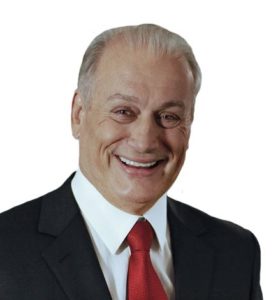 One of the two presidential candidates who asked for recount of Wisconsin’s presidential vote has withdrawn his request.

The move comes a day after the Wisconsin Elections Commission said those asking for a recount would have to pay $3.9 million, with the campaigns of Independent “Rocky” Roque De La Fuente and Green Party candidate Jill Stein expected to split the cost.

De La Fuente said Tuesday that continuing to pursue the effort would be “cost prohibitive,” so he has decided to withdraw his petition. “I do not want to favor one candidate over another. My only interest is to create a nationwide awareness of the vulnerability of our election system and to do everything possible to assure that your vote counts for the candidate for whom it is cast,” he said in a statement.

De La Fuente’s withdrawal leaves Green Party presidential candidate Jill Stein to shoulder the entire cost of the process. Her campaign began raising money last week to support recounts in Wisconsin, Michigan, and Pennsylvania. So far, they report raising more than $6.4 million, but say another $2.4 million may be needed. Stein’s campaign has indicated it plans to fully fund the Wisconsin effort ahead of a 4:30 p.m. deadline later today.

De La Fuente said he does intend to pursue recounts in Nevada and Florida. “It’s not about flipping a state and changing the results. It’s about making sure that every vote counts as it’s cast,” he said.

EDIT: The WEC announced Tuesday afternoon that a spreadsheet error caused them to add the total cost wrong. The revised cost estimate for the recount has climbed from $3.5 million to $3.9 million.