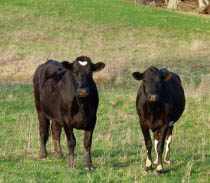 A multi-state outbreak of drug-resistant Salmonella has been linked to dairy bull calves sold in Wisconsin.

The Centers for Disease Control and Prevention says 21 people in eight states were infected between January and October of this year, with eight of those people hospitalized. No deaths have been reported. The CDC says its investigation identified dairy bull calves from livestock markets in Wisconsin as the likely source of the infections.

Just over half of the cases were in Wisconsin, with 12 people infected in eight counties. Minnesota and South Dakota each had two cases and California, Iowa, Idaho, Missouri and Oklahoma each had one.